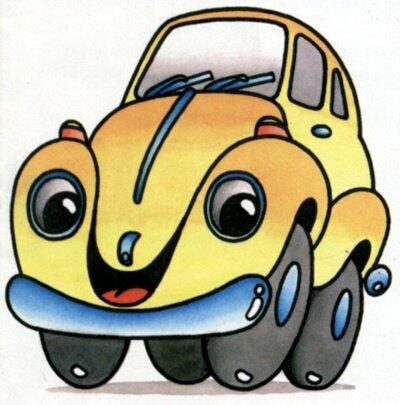 In 2015 the World Wide VW Beetle Day completes 20 years since its launch in the Germany occurred during the “5th International VW Veterans Meeting of Bad Camberg” back in 1995, and its well-known logo, the Yellowing Smiling Beetle, has been updated and the celebration received an emblem that is now presented. He keeps smiling, but did became more grown up.

This is the original logo of the Brazilian VW Beetle National Day used since 1988; that was also used for the World Day since 1995. Its creator was Lengard Müller Assis at that time he was an employee of Volkswagen of Brazil. This drawing shows a young yellow Volkswagen Beetle with a “smile on his face” and rounded lines.

In May 2015, Heide Marie Von Der Au from South Africa, publisher of automotive and oldtimer agendas Motorheads, designed this new yellow Volkswagen Beetle for the twentieth anniversary of the World Wide VW Beetle Day.
The New Yellow Beetle was not the first Heide-Marie’s creation for the Beetlemaniac global context; she has developed the VW Boxer Air-cooled Engine farewell Logo, details can be seen on the page: gromow.com/vwengine/LOGO.htm Now the New Yellow Beetle is a little more mature, with more straight lines and making evident the heart-shaped front hood; this sums up to the central motivation of the event that is the “LOVE” for the VW air-cooled vehicles, especially for the Beetles. The New Yellow Beetle’s friendly and charismatic smile is now on the front bumper. The straighter drawing lines resemble the type of design used in the late fifties with more angular shapes, and the Beetle’s eyes now became more grown up, but are still showing youth, happiness and continue to offer friendship … Another novelty is that the Beetle now comes from the left. 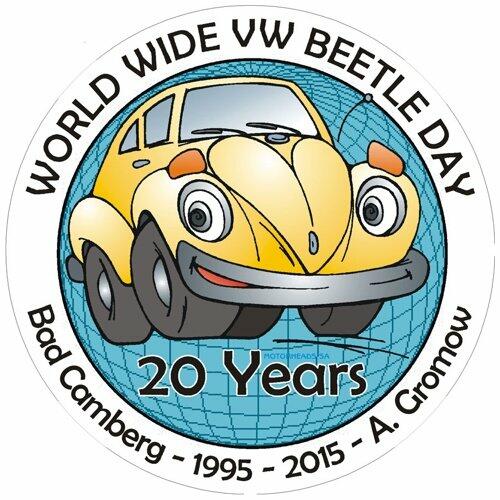 This is the official emblem of the “World Wide VW Beetle Day 20 Years”. The globe in blue lines on the emblem’s background embodies the “World-Wide” aspect of this commemorative day in a simple and effective way. For the emblem’s lettering a strong font face was used and the words draw attention to the event itself and to the 20 years celebration. Then the emblem refers to Bad Camberg, Germany, where this date was launched in 1995 (with the support of Lottermann family – that is giving support to this year’s celebration as well), and Alexander Gromow creator of this commemorative day.

This emblem is an important piece in the commemoration of the twentieth anniversary of the World VW Beetle Day and will help to divulge this event for hundreds of thousands of the VW Beetle lovers around the world that participate in its celebration. 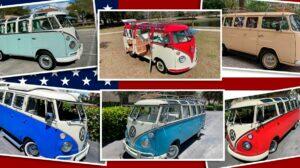 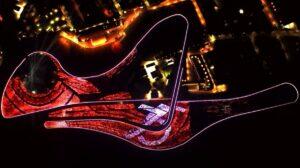